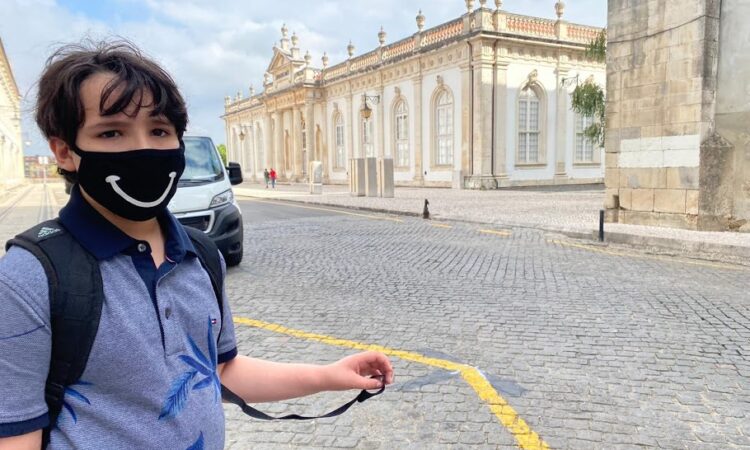 The University of Coimbra is a Portuguese public university in Coimbra, Portugal. Established in 1290 in Lisbon, it went through a number of relocations until it was moved permanently to its current city in 1537, being one of the oldest universities in continuous operation in the world, the oldest university of Portugal, and one of the country’s largest museums of higher education and research institutions. The university is organized into eight different faculties according to a wide range of fields, granting academic bachelor’s, master’s and doctorate degrees in nearly all major fields of knowledge, such as arts, engineering, humanities, mathematics, natural sciences, social sciences, medicine, sports and technologies. It is a UNESCO World Heritage Site.
Directly across from the Museum Nacional de Machado de Castro are the steps leading up to the University.

View from up the street.

We walked past many interesting old buildings not sure what they all were maybe various departments of the campus.

We next purchased tickets to tour the Biblioteca Joanina. On our way to the library we passed several more buildings. Click on the highlighted links for in-depth posts on each component of the university.

We finally reached the library after a long walk. The route to the library begins in the basement. We watched a video about the University Academic Prison, fascinating.

We next entered the library the outer portion of which allowed photography.

The inner library does not allow photography but the attendant was sleeping so I managed to snap a few.

Outside the library, the main library door.

View of the city from the terrace outside the library.

The square had a statue to Dom João III.

The Chapel of St. Michael is in the Manueline or Portuguese late Gothic style.

As we exited we passed a cafeteria area for students only.

Leaving the chapel we passed the law school entrance,

and other buildings and statues.

The statue of Dom Dinis.