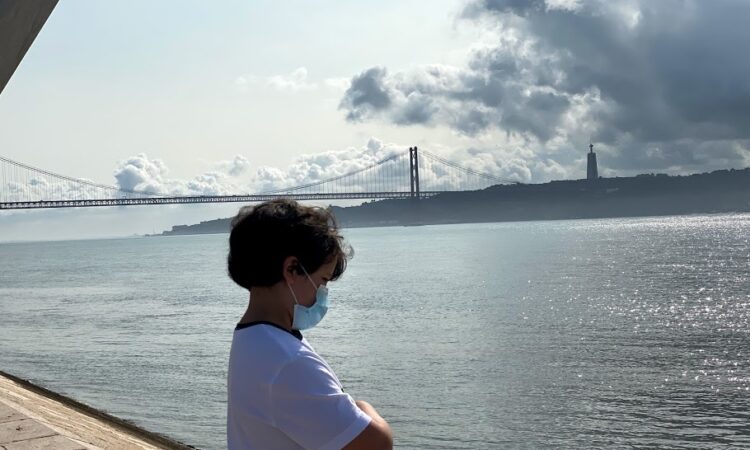 The 25 de Abril Bridge is a suspension bridge connecting the city of Lisbon, capital of Portugal, to the municipality of Almada on the left (south) bank of the Tagus river. It was opened on August 6, 1966. It is often compared to the Golden Gate Bridge in San Francisco, US, because they are both suspension bridges of similar color. It was built by the American Bridge Company which constructed the San Francisco–Oakland Bay Bridge, but not the Golden Gate. With a total length of 7,470 feet, it is the 40th largest suspension bridge in the world. The upper deck carries six car lanes, while the lower deck carries a double track railway. From 1966–1974, the bridge was named Salazar Bridge (Ponte Salazar) in honor of Portuguese Prime Minister António de Oliveira Salazar, who ordered its construction. After the Carnation Revolution which overthrew the remnants of Salazar’s dictatorship, the bridge was renamed for April 25, the date of the revolution. It is also sometimes called the Tagus River Bridge.