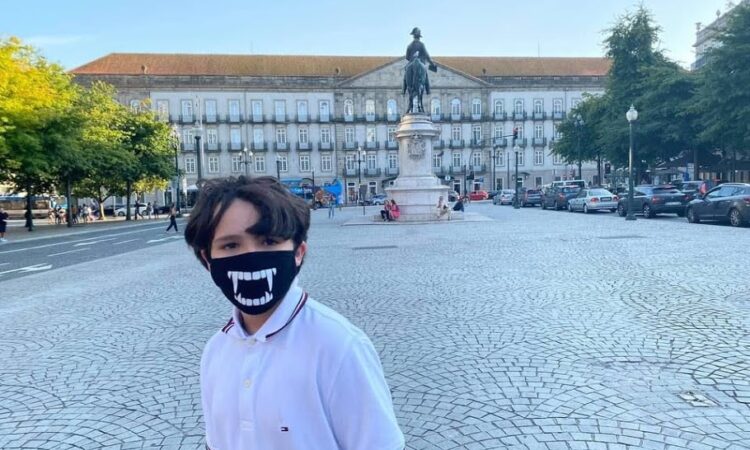 The Praça da Liberdade or Liberty Square in Porto has its origins in the beginning of the 18th century. It was in 1718 that a project for the urbanization of the area began, which resulted in the creation of new streets and an ample square, known as Praça Nova (New Square). The square was initially limited by the medieval walls of the city and by urban palaces, all of which are now gone. After 1788, the religious order of Saint Eligius built a convent on the south side of the square that replaced the medieval wall; the imposing Neoclassical façade of the convent, nowadays known as the Cardosas Palace is the oldest extant building of the square, dominating the south side of the square for over 200 years. During the 19th century, several factors increased the importance of the square. The municipality moved to a building on the north side of the square after 1819, and towards the end of the century facilities like the Dom Luís I Bridge (1887) and São Bento Train Station (1896) were opened nearby.
In 1866 a monument dedicated to King Peter IV, a monarch closely linked to Porto, was inaugurated in the middle of the square. The monument, by French sculptor Anatole Calmels, consists of a statue of Peter IV riding a horse and holding the Constitution that he had fought to protect during the Liberal Wars.