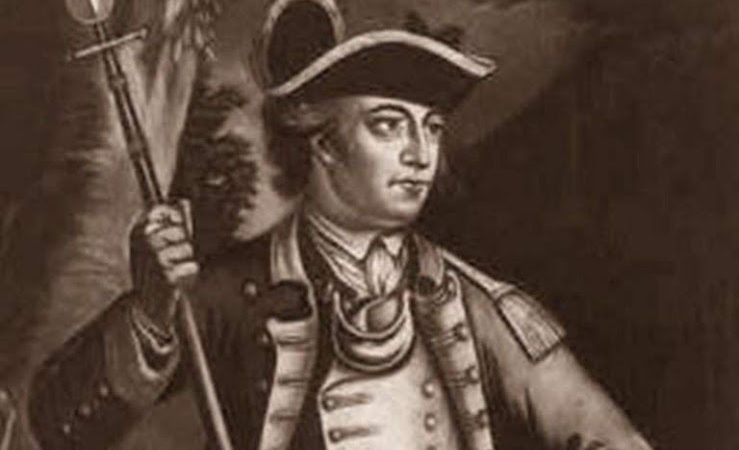 The gunpowder was taken to Durham, New Hampshire where it was buried under the floor of the meeting house located at the location where this marker to Major General John Sullivan stands today.

A memorial to Sullivan and his home are adjacent to the marker.

Sullivan served under Washington from Cambridge to Valley Forge, commanded at Rhode Island in 1778 and led the Campaign against the Six Nations in New York in 1779. After the war he was a three times governor of New Hampshire. Both the marker and the Sullivan House are located in the Durham Historic District.