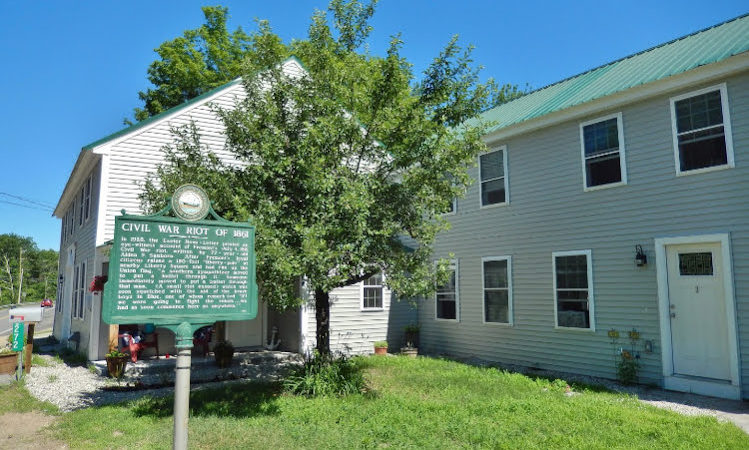 This historic old Tavern was used as a stagecoach stop and was visited by the famous American orator and statesman Daniel Webster in 1840 during a campaign stop on behalf of presidential candidate William Henry Harrison. It was last used as a Hotel between 1872 and 1906. Since then it has been a private residence. The Turner Family has owned the house since 1946. The first Poplin (now Fremont) town meeting was held here in 1764. The inn can be seen next to the historical marker for the Civil War Riot of 1861.