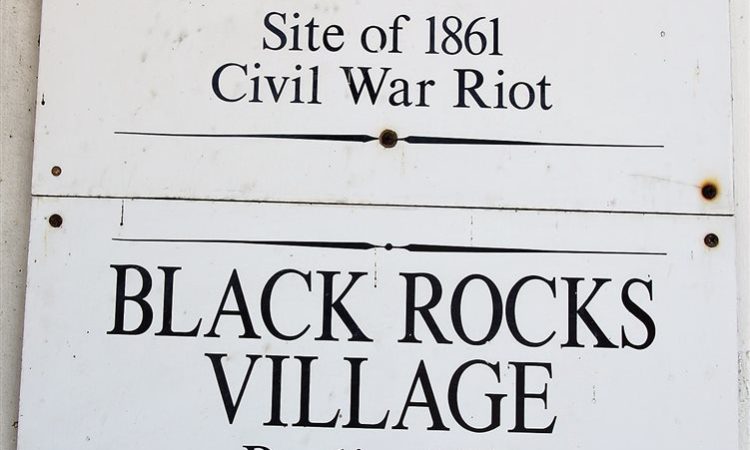 On July 4, 1861 during the fourth of July celebration townsfolk from Fremont raised the flag up the 150′ “liberty Pole.” A southern sympathizer took a shot at the flag and a riot ensued. Soldiers who were getting ready to head off to join the Union Army broke up the conflagration. The riot was the first Civil War riot in New England and the fourth overall.

The marker is on the front lawn of the 1756 John Prescott Lovering’s Inn.