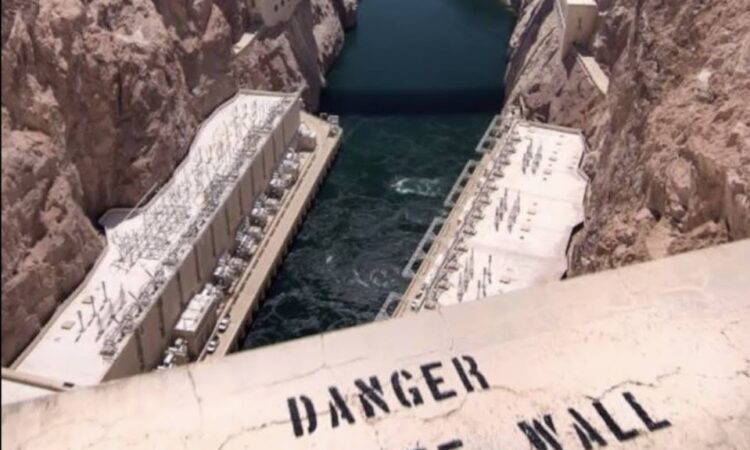 Hoover Dam is a concrete arch-gravity dam in the Black Canyon of the Colorado River, on the border between the U.S. states of Nevada and Arizona. It was constructed between 1931 and 1936 during the Great Depression and was dedicated on September 30, 1935, by President Franklin D. Roosevelt. Its construction was the result of a massive effort involving thousands of workers, and cost over one hundred lives. Originally known as Boulder Dam from 1933, it was officially renamed Hoover Dam for President Herbert Hoover by a joint resolution of Congress in 1947.
Hoover Dam impounds Lake Mead, the largest reservoir in the United States by volume (when it is full). The dam is located near Boulder City, Nevada, a municipality originally constructed for workers on the construction project, about 30 miles southeast of Las Vegas, Nevada. The dam’s generators provide power for public and private utilities in Nevada, Arizona, and California. The heavily traveled U.S. Route 93 ran along the dam’s crest until October 2010, when the Hoover Dam Bypass opened.