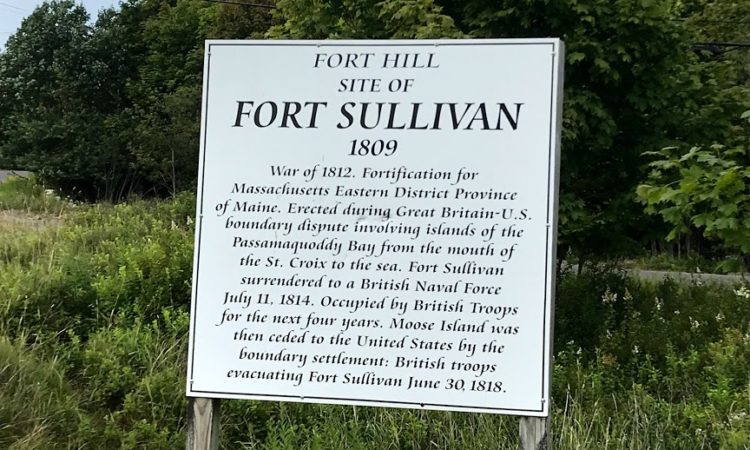 My grandmother’s house was located on Fort Hill in Eastport and we had run through the grounds of what was Fort Sullivan when we were kids. The only remnants of the fort still extant was the crumbling powder house.

As the below postcard shows the powder house lasted for sometime somewhat intact.

Fort Hill is now dominated by Shead High School more or less on top of where my grandmother’s house was.

A restored officer’s quarters houses the Fort Sullivan Barracks Museum relocated to downtown Eastport.
Fort Sullivan was part of the coastal defense during the War of 1812 being directly across from New Brunswick, Canada. On July 11, 1814 the American garrison at the fort surrendered to the British fleet.