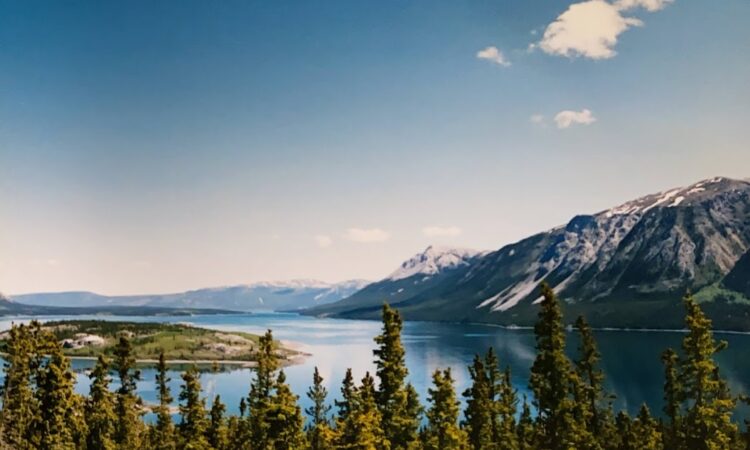 Bove Island is located on the Tagish lake and is visible from a look-out on the South Klondike Highway between Carcross and Skagway.
The island was named after Lieutenant Giacomo Bove, an officer in the Royal Italian Navy and famous explorer, by Lt. Frederick Schwatka in the late 1800s. He named the lake after Bove because the weather was so bad it reminded him of Bove’s explorations of the Arctic and Antarctic.