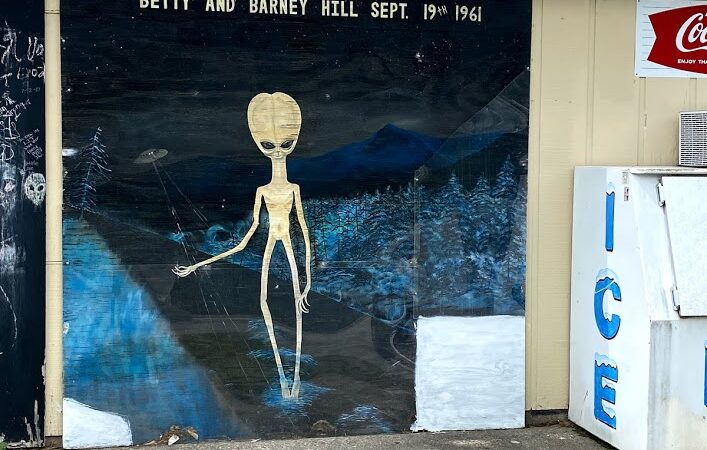 Barney and Betty Hill were an American couple who claimed they were abducted by aliens in a rural portion of the state of New Hampshire from September 19 to 20, 1961. It was the first widely publicized report of an alien abduction in the United States. The incident came to be called the “Hill Abduction” and the “Zeta Reticuli Incident” because the star map shown to Betty Hill could possibly be the Zeta Reticuli system according to some researchers. Their story was adapted into the best-selling 1966 book The Interrupted Journey by John G. Fuller and the 1975 television film The UFO Incident. The Irving Gas Station in Lincoln has a mural commemorating the incident and inside there are displays of clippings.

A mixture of UFO and incident clippings