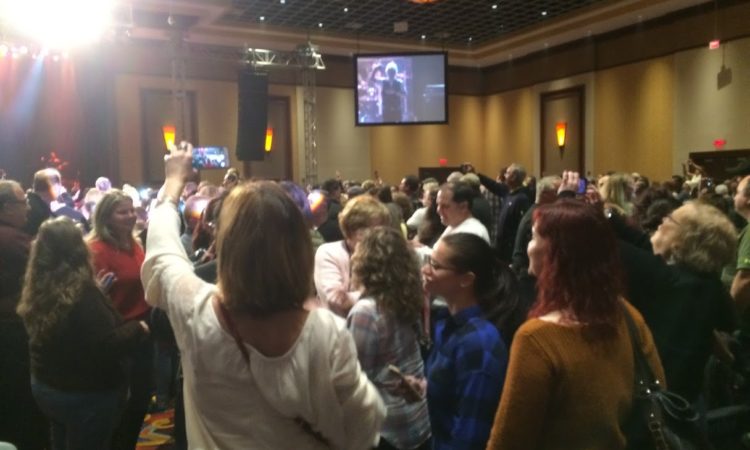 The 40th anniversary of the Australian soft rock band Air Supply was in 2015. They brought their anniversary tour to the Boston area at Twin Rivers Casino the Friday after Thanksgiving. Rita grew up listening to this band and loved their music. We decided to take in their concert at Twin River.
They performed many of the old classic songs and it was if their voices hadn’t changed since the 70s. As Graham Russell made his way into the crowd he gave Rita his guitar pick.

The look on Rita’s face shows how much this concert moved her.