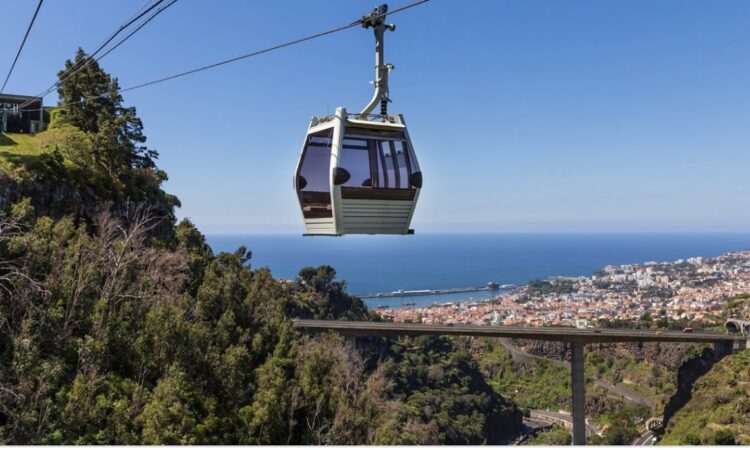 This itinerary is for Rita’s Trip to Portugal and England to finalize her British Immigration status. Since she has to be in Europe for several weeks to update her documents she will be squeezing in some additional travel destinations while there.

Boston, Massachusetts to Coimbra, Portugal via Lisbon
The itinerary for this section of the trip can be found here. Flight from Lisbon to Madeira.

CR7 Museu
Trophies and displays concerning the great footballer Cristiano Ronaldo. The museums website here will give you directions and ticket information.

Laurisilva of Madeira (Unesco World Heritage Site)
On the north-facing slopes, covering an area of 15,000 hectares corresponding to 20% of the Island, the primitive forest of Madeira has survived five centuries of human intervention. Having virtually disappeared from the European continent, it preserves its subtropical characteristics, forming the largest and best preserved laurel forest in the Atlantic islands. The site is located within Madeira’s National Park information of which can be found here.

Levada of Madeira
In Madeira, the levadas originated out of the necessity of bringing large amounts of water from the west and northwest of the island to the drier southeast, which is more conducive to habitation and agriculture, such as sugar cane production. They were used in the past also by women to wash clothes in areas where running water to homes was not available. The idea of this style of water channel was brought to Portugal by the Moors during the time of al-Andalus. Many of the levadas can be seen on short or long hikes, information for these trails can be found here.

Hotel Aqua Natura (Porto Moniz) Hotel information is here or you can book through Hotels.com

Footpath to Achadas Da Cruz
A footpath also zigzags down. However, venturing down the 470m near vertical drop requires a serious condition! The path is a mixture of earth and sand. Information on the hiking trail can be found here. It is a two and 1/2 hour strenuous hike.
After drive back to Funchal catch return flight to Lisbon and in Lisbon board your flight to London England.
After immigration business is complete in London board your flight to Istanbul, Turkey.

Hagia Sophia
Sign up for Istanbul Tourist Pass here, it will give you free access to many of the sites in Istanbul. Four 21 Euros it is a great deal as each attraction is 17 euros without the pass.