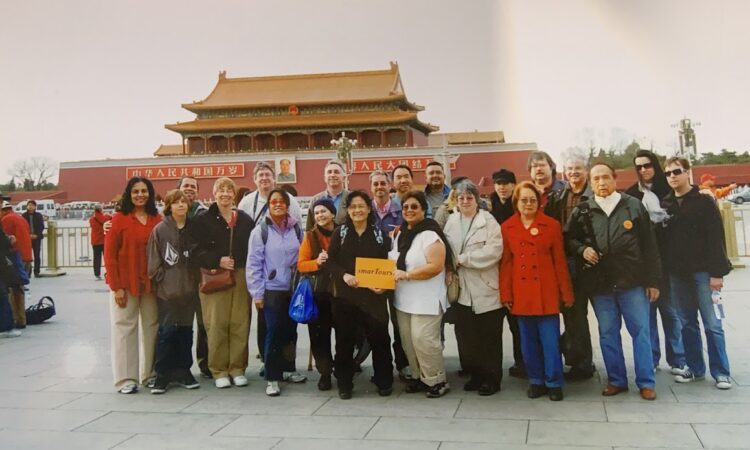 Tiananmen Square is a city square in the city center of Beijing, China, located near the city’s Central Business District and named after the eponymous Tiananmen (“Gate of Heavenly Peace”) located to its north, which separates it from the Forbidden City. The square contains the Monument to the People’s Heroes, the Great Hall of the People, the National Museum of China, and the Mausoleum of Mao Zedong. Mao Zedong proclaimed the founding of the People’s Republic of China in the square on October 1, 1949; the anniversary of this event is still observed there. Tiananmen Square is within the top ten largest city squares in the world (109 acres). It has great cultural significance as it was the site of several important events in Chinese history. Outside China, the square is best known for the 1989 Tiananmen Square protests that ended with a military crackdown, which is also known as the Tiananmen Square Massacre or June Fourth Massacre. An interesting note is the many beggars and hucksters encountered in the square are actually undercover police officers. Our Chinese guide would comment that he would encounter them in the police headquarters when obtaining the proper passes and permits. Be careful what you say!

The square is enormous, after a full day of trudging through the Forbidden City we had to walk through the square to get to our bus taking us back to the hotel. I thought the square would never come to an end!