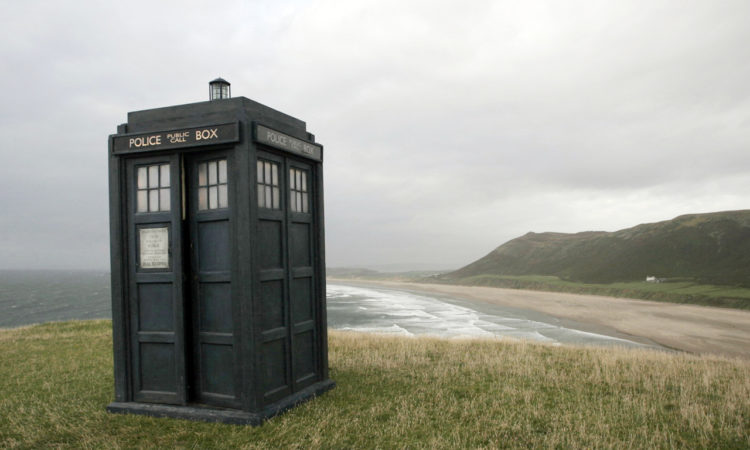 A blue police telephone box lands in your front yard giving you the ability to travel anywhere in time and space. Where would you go and what would you see? One caveat you can do nothing to affect the course of events; “you can’t rewrite history, not one line.” This is my list of the seven destinations and events I would want to see. Let me know in the comments where you would go.

#7) Martian Colony – Seventh on my list is a fully up and running Martian colony circa 2075? I am not a pioneer and would not like to be there in the first stages of colonization but would love to be a tourist when the colony is up and running. To be able to gaze into the Valles Marineris, the Martian Grand Canyon or to climb the highest mountain in the solar system the extinct volcano Olympus Mons would be spectacular.
#6) Pericles Funeral Speech for Athenian War Dead – One of he great speeches in western history Pericles extols the virtues of democracy and enlightenment that still echos in the modern world. I have often wondered if Pericles had survived the plague of 429 BCE if the seed of democracy that Athens birthed would have taken root 2000 years earlier.

#5) The Seven Wonders of the Ancient World – The sites of the seven wonders of the ancient world are on my travel bucket list so naturally the actual wonders was sure to make this list. To see the pyramids fully clad in their white limestone cover glistening in the sun would be spectacular. To marvel at the engineering that went into the hanging gardens. To see the monumental statue of Zeus in Olympia with its gold and ivory adornments. The Temple of Artemis in Ephesus and the Mausoleum at Halicarnassus. To see if the Colossus of Rhodes really strode across the harbor so that you had to sail between his legs. And finally as a lighthouse fanatic to see the original the Pharos Lighthouse in Alexandria.

$4) Dinosaurs – Who would not want to go on a game drive during the time of dinosaurs. I think we could all think back to our childhood and come up with our own “big Five” game drive.
#3) First Contact (2179?) – I must say that the Fermi Paradox worries me but if there are intelligent, communicative aliens first contact will be a pivotal moment in the history of the planet.

#2) Rome during the Height of the Pax Romana – Rome in all of its glory during the time when the empire was at its pinnacle. To be able to see Augustus’ “city of marble” built on and expanded by successive emperors would be something to behold.

#1) Lincoln’s Gettysburg Address – Abraham Lincoln has always been a personal hero of mine, his towering intellect shining through every word or action. A man able to combine his intelligence with an equal amount of compassion. I would love to be able to sit and hear him deliver those 272 words that so perfectly summed up what this nation strives to become. We are far from achieving that lofty goal but we must never forget the ideal.

Honorable Mention – I have not listed any great battles of history but as an intellectual exercise I find many of them fascinating. The truth is I would never want to witness or be a part of the human carnage such battles would entail. However if there was one battle that I would like to observe it would be the Battle of Little Round Top at Gettysburg during the American Civil War. To see the moment when Joshua Lawrence Chamberlain made the decision to fix bayonets and charge and in so doing possibly preserving the Union army and the country we know today would be inspiring. It would be interesting to see if you could determine if great men are forged in fire or do they have those qualities inherently.