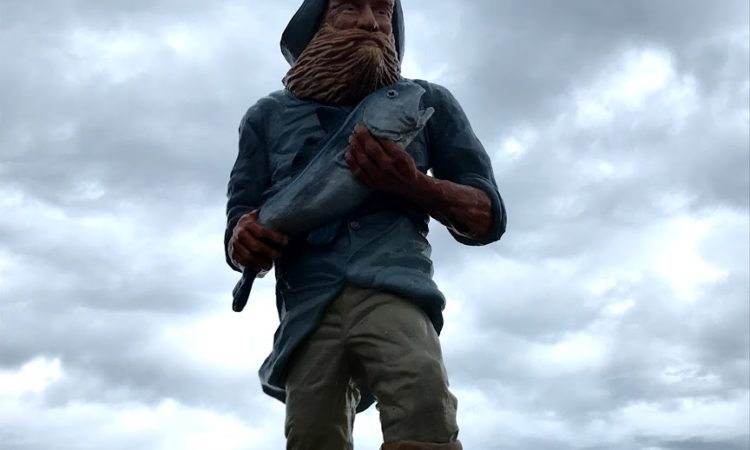 The Fisherman Statue in Eastport, Maine is a relatively new addition to the waterfront.

In 2001 Fox ran a reality TV Show in town called “Murder in Small Town X”. The show consisted of ten contestants who investigated a murder mystery in and around the town of Eastport (called Sunrise in the show). Actors and actresses were employed as witnesses that the contestants could interview and interact with. Contestants were eliminated each week until there was a final “investigator” left who was declared the winner. The statue was erected as a prop for the show. The winner of the show was New York firefighter Angel Juarbe Jr. Tragically one week after the airing of the final episode of the series Juarbe was killed in the collapse of the Marriott Hotel which was adjoining the World Trade Center during the terrorist attacks on 9-11. Juarbe’s body was recovered and he was buried on December 1, 2001.

The statue now doubles as a memorial to Juarbe.