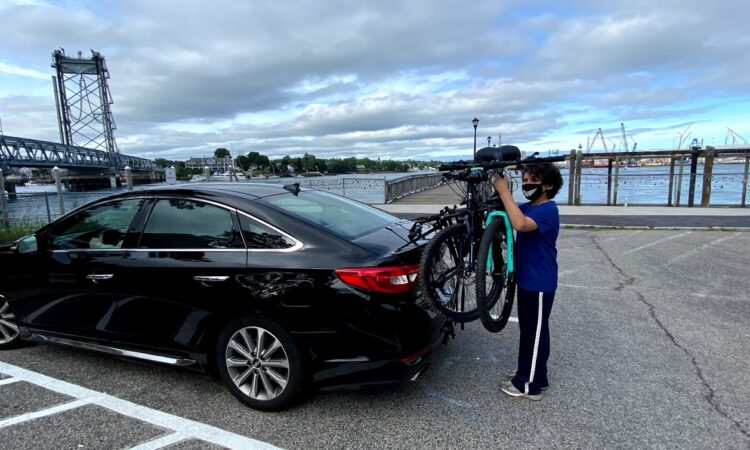 The World War I Memorial Bridge is a vertical-lift bridge that carries U.S. Route 1 across the Piscataqua River between Portsmouth, New Hampshire, and Badger’s Island in Kittery, Maine. The current bridge was opened in 2013, replacing a bridge of similar design that existed from 1923 to 2012. A large overhead plaque carried over from the original reads “Memorial to the Sailors and Soldiers of New Hampshire who gave their lives in the World War 1917–1919.”

You may see fish running upriver to spawn

A short walk will bring you to Prescott Park

The “Portsmouth Love Wall” is a new edition