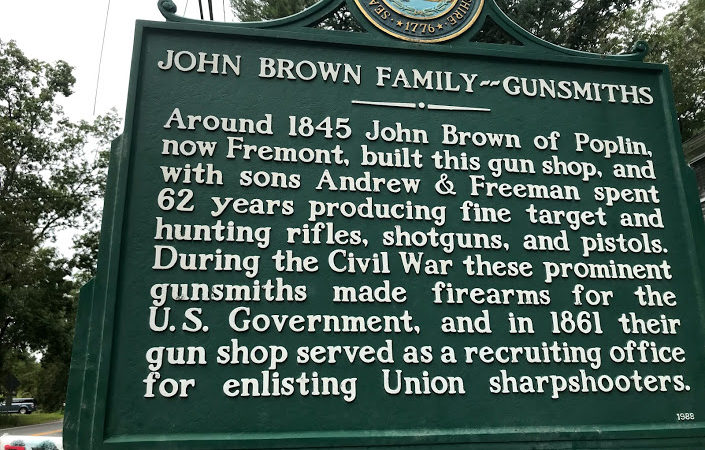 John Brown was born in the town of Poplin (now Fremont) in 1806, he built a home and opened a gunsmith out of his house in 1845. Brown’s shop manufactured rifles, pistols and shotguns. Brown and his son were contracted by the government during the Civil War to manufacture guns for the Union Army. After the war Brown continued the business until his death in 1895. His son Andrew built a new gunsmith nearby and operated it until his death in 1907.