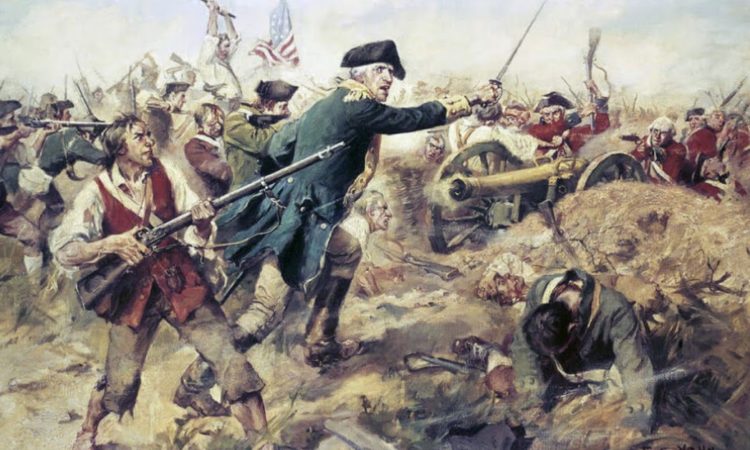 General John Stark along with Colonel Seth Warner of the Green Mountain Boys defeated British General John Burgoyne at the Battle of Bennington in 1777. It was during this battle that General Stark made the famous remark “They are ours , or this night Molly Stark sleeps alone.” This historic marker in Charlestown, New Hampshire commemorates the expedition.

John Stark had commanded forces during the battles of Bunker Hill, Trenton and Princeton. After being passed over for promotion he retired but when New Hampshire needed a competent commander for its militia he was promoted to Brigadier General and returned to service.

General Burgoyne was cutting a swath through New York state with the purpose of cutting off New England from the rest of the colonies. He sent forces to Bennington to capture much needed supplies. Stark and Warner met Burgoyne and won a tactical victory.
The battle is memorialized with an impressive monument and statue of General Stark.

The American victory in Bennington was instrumental in the subsequent victory at Saratoga, considered to be the turning point of the war.