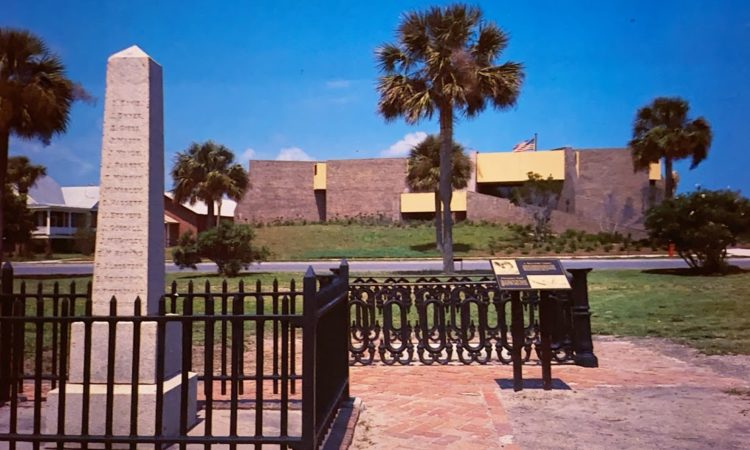 The first fort on Sullivan’s Island, constructed of palmetto logs and sand, was still incomplete when Commodore Sir Peter Parker of the Royal Navy and nine British men-of-war attacked it on June 28, 1776. After a nine-hour battle, the ships were forced to retire. Charlestown was saved from British occupation, and the fort was named in honor of its commander, Colonel William Moultrie. In May 1780 the British finally captured Charlestown, including Fort Moultrie, finally evacuating the city in December 1782 as the Revolution entered its final year. Several enhancements to the fort were undertaken so that by 1860 the fort was a major part of the defense of Charlestown harbor. Federal troops stationed at the fort withdrew to the more defendable Fort Sumpter out in the harbor when South Carolina seceded from the union. This was the site of the first action of the Civil War. When the Confederate army evacuated the city in February 1865, Fort Sumter was little more than a pile of rubble and Fort Moultrie lay hidden under the band of sand that protected its walls from Federal shells. The new rifled cannon used during the Civil War had demolished the brick-walled fortifications. The fort was again modernized after the war and became a part of America’s coastal defense network.

Osceola (1804 – January 30, 1838), named Billy Powell at birth in Alabama, became an influential leader of the Seminole people in Florida. His mother was Creek, and his great-grandfather Scotsman, James McQueen. He was reared by his mother in the Creek tradition. When he was a child, they migrated to Florida with other Red Stick refugees. After their group’s defeat in 1814 in the Creek Wars they became part of what was known as the Seminole people. In 1836, Osceola led a small group of warriors in the Seminole resistance during the Second Seminole War, when the United States tried to remove the tribe from their lands in Florida to Indian Territory west of the Mississippi River. Osceola and his warriors were captured and he was held here at Fort Moultrie. He died three months after his capture and he was buried with military honors at the fort.