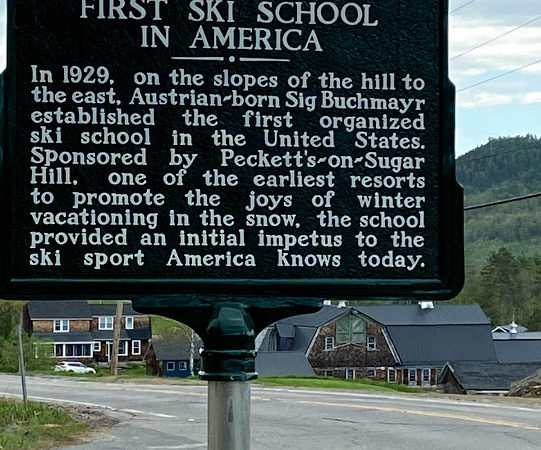 Robert and Katherine Peckett and their daughter Kate were the proprietors of Peckett’s-on-Sugar Hill Inn. When they decided to keep the inn open during the winter months they added activities like tobogganing, snowshoeing, ice-skating and sleigh rides. When Kate Peckett expanded the activities to include skiing she hired Austrian skier Sig Buchmayr who taught the style of skiing known as the Arlberg technique. This was the foundation of the first ski school in America. The Peckett’s – on – Sugar Hill Inn was closed in 1967 and the ski slopes around Sugar Hill are now covered in trees.