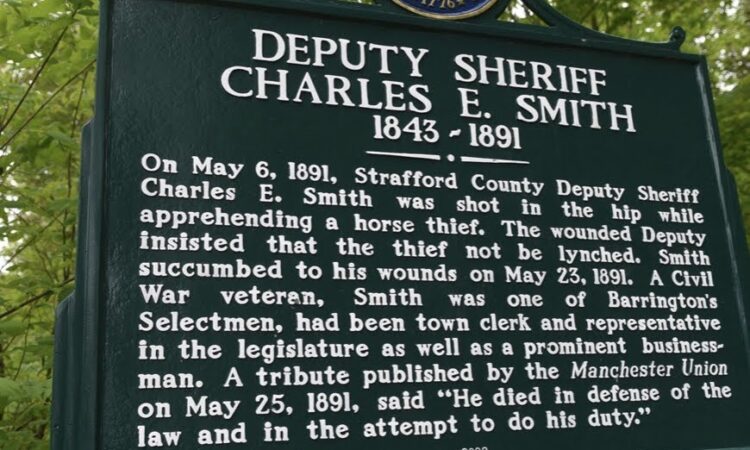 Charles E. Smith was born and raised in Barrington, New Hampshire and became Deputy Sheriff in Strafford County. Responding to reports of a horse thief Deputy Smith was shot by the thief while trying to talk him down. Despite being wounded in the abdomen and leg he was able to subdue the assailant. He stopped angry townspeople from lynching the shooter and pleaded for him to be brought to justice. Smith died of an infection caused by his wounds.