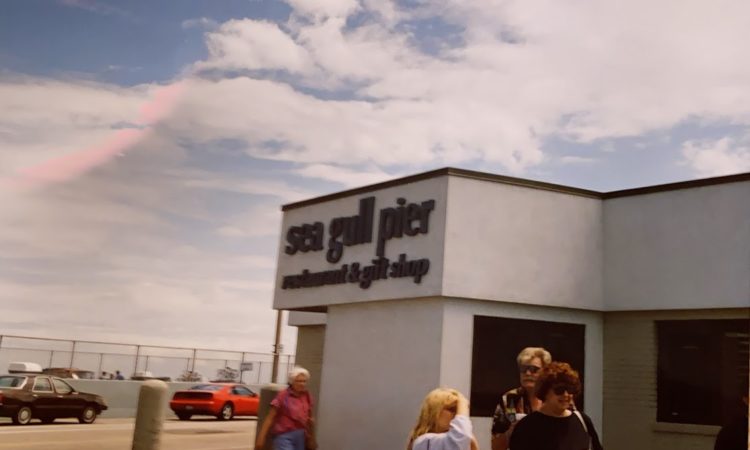 The Chesapeake Bay Bridge–Tunnel is a 17.6-mile bridge–tunnel crossing at the mouth of the Chesapeake Bay, the Hampton Roads harbor, and nearby mouths of the James and Elizabeth Rivers in the U.S. state of Virginia. It connects Northampton County on the Delmarva Peninsula and Eastern Shore with Virginia Beach and Portsmouth on the western shore. The bridge–tunnel originally combined 12 miles of trestle, two 1-mile-long tunnels, four artificial islands, four high-level bridges, approximately 2 miles of causeway, and 5.5 miles of northeast and southwest approach roads. It replaced vehicle ferry services that operated from South Hampton Roads and from the Virginia Peninsula since the 1930s. The Bridge–Tunnel was opened on April 15, 1964,and remains one of only 11 bridge–tunnel systems in the world.

About half way there is a gift shop and pull off.

There is a memorial plaque commemorating François Joseph Paul, Comte de Grasse, Marquis of Grasse-Tilly. He is best known for his command of the French fleet at the Battle of the Chesapeake in 1781 in the last year of the American Revolutionary War. It led directly to the British surrender at Yorktown and helped gain the final victory of the colonialists victory. He also happens to be my direct ancestor on my mothers side.