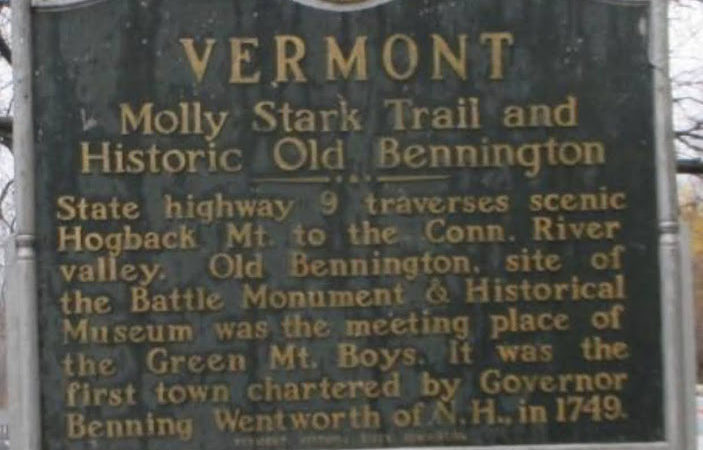 This marker commemorates the meeting place of the Green Mountain Boys prior to their participation in the Battle of Bennington.

General John Stark led Massachusetts and New Hampshire militia men with the aide of the Green Mountain Boys in a decisive victory against a contingent of Hessian mercenaries. This prelude to the Battle of Saratoga was instrumental in turning the eventual outcome of the Revolutionary War.
The Bennington Battle Monument is also located at the site.