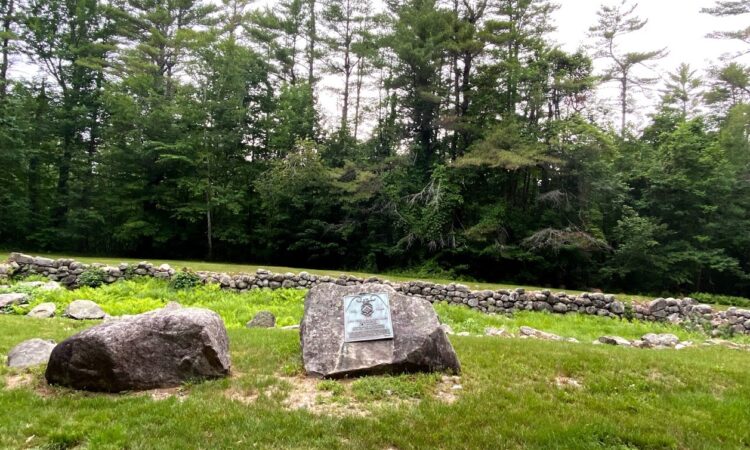 Governor Wentworth State Historic Site in Wolfeboro, New Hampshire contains the remains of an extensive northern plantation built just before the outbreak of the American Revolution. Built by New Hampshire’s second Royal Governor, John Wentworth, the mansion burned to the ground in 1820.

The site is on a dead end dirt road

The foundations are all that remain after a fire in 1820

The historical marker is in nearby Wentworth State Park