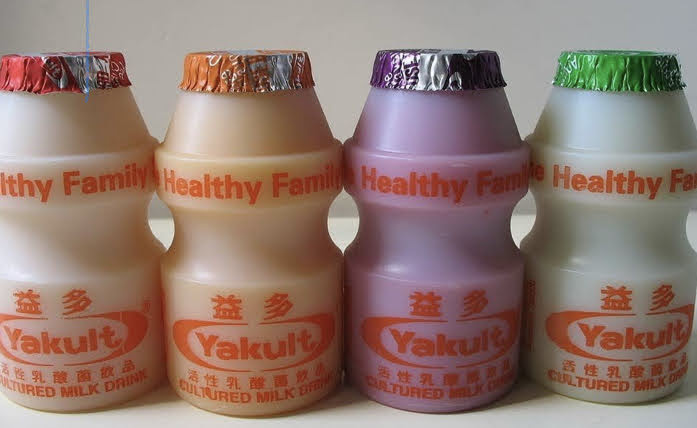 Yakult is a Japanese sweetened probiotic milk beverage fermented with the bacteria strain Lactobacillus paracasei Shirota. It is sold by Yakult Honsha, based in Tokyo. It is distributed through convenience stores and supermarkets, in single-serving containers of (depending on market) 65 milliliters or 100 milliliters, often in single-row packs of five or seven. The drink was also very popular in Brazil because of its large contingent of Japanese immigrants. Rita learned to like this drink growing up and when it became available in the U.S. Alex also drinks it with enthusiasm. When I purchase several sleeves at the supermarket they disappear in a matter of hours. I wonder why they are sold in such small bottles.

The drink itself is a sweet tasting milk with a yogurt like kick but very thin in texture.

Not really to my liking but my family is certainly doing their part in keeping them in business.