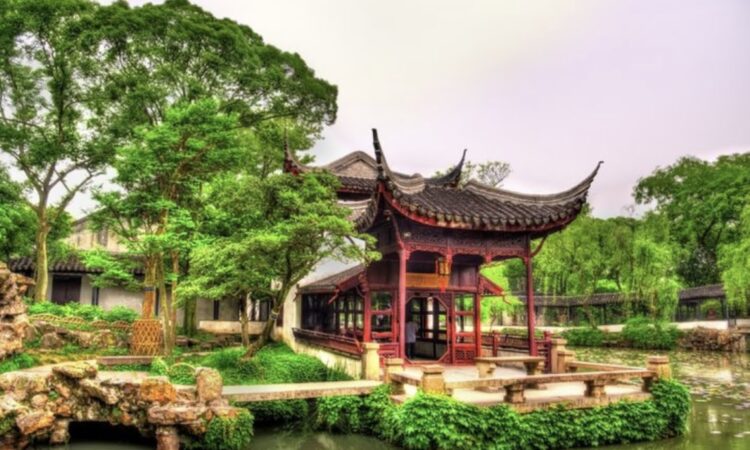 Suzhou is a major city located in southeastern Jiangsu Province of East China, about 62 miles northwest of Shanghai. It is a major economic center and focal point of trade and commerce, and the second largest city in the province, after its capital Nanjing. The city is situated on the lower reaches of the Yangtze River and the shores of Lake Tai and belongs to the Yangtze River Delta region. Founded in 514 BC, Suzhou has over 2,500 years of history, with an abundant display of relics and sites of historical interest. Around CE 100, during the Eastern Han dynasty, it became one of the ten largest cities in the world mostly due to emigration from Northern China. Suzhou has become one of the fastest growing major cities in the world. The city’s canals, stone bridges, pagodas, and meticulously designed gardens have contributed to its status as one of the top tourist attractions in China. The Classical Gardens of Suzhou were added to the list of the UNESCO World Heritage Sites in 1997 and 2000. Suzhou is often dubbed the “Venice of the East” or “Venice of China”. There is so much to see in the city but two must see attractions are the canals (I suggest a canal tour) and the classical Chinese Gardens (try to take in several of these they are spectacular).