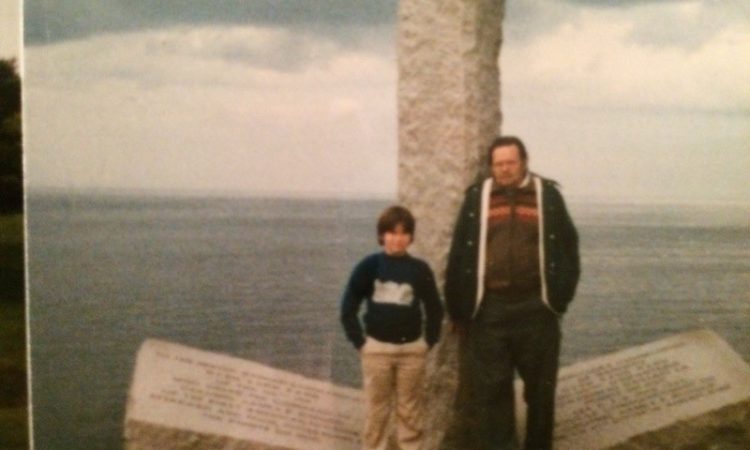 Pointe du Hoc was the defensive position held by 200 German troops and six 155 mm cannons. The cliffs surrounding the point ranged from 85 to 100 feet. US Army rangers under the command of Lt. Colonel James Earl Rudder were tasked with the objective to take the point and take out the guns which had visibility to Omaha and Utah Beaches.

The site was heavily bombed since May 1944 but greatly intensified the days before the invasion. The craters are still very visible and the ground is reminiscent of a piece of Swiss cheese. Seventy years on from the battle a visit can still can you a sense of what the Germans felt during the bombardment and how the American rangers braved scaled the cliffs into the teeth of the enemy. Rudder’s rangers held their captured position for several days before they could be reinforced and suffered 70% causalities in the process.
With the exception of the French built memorial sitting on top of a German bunker the site remains much as the rangers left it. Commanding views and a real sense of what the terrain offered to both sides make this a must stop if you are visiting Normandy.