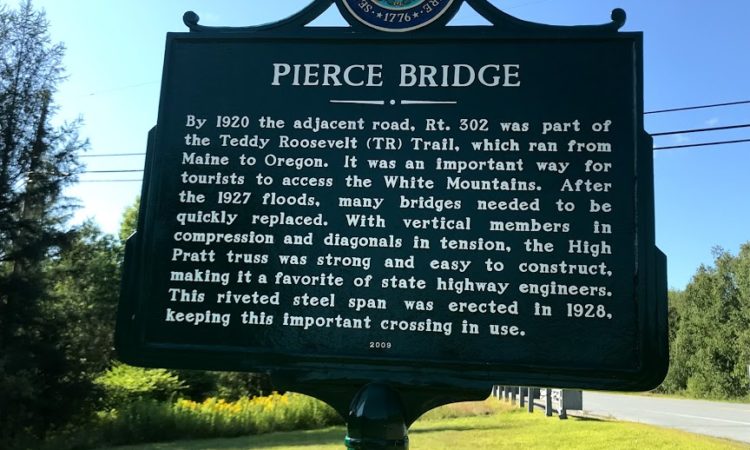 Bethlehem, New Hampshire was a hot bed of activity in the early 20th century. A major train hub for the nearby White Mountain attractions tourists flocked to the area. The advent of easy automobile travel spelled the end of the rail tourist golden age.
The Teddy Roosevelt Trail ran from Maine to Oregon became the preferred route for tourists in the early days of the motorcar. NH Route 302 was a part of this trail. After floods in 1927 many bridges had to be constructed quickly. The pierce bridge was an example of the riveted steel construction used. The poorly maintained bridge is nearby and is only open to pedestrians.