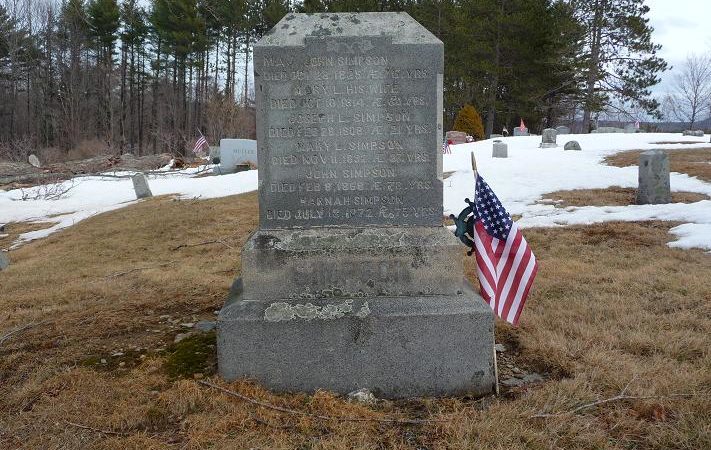 Major John Simpson 1748-1825 was credited with firing the first shot at the Battle of Bunker Hill in the Revolutionary War. During the battle Private Simpson fired early disobeying orders and was arrested the following day. He was later released and eventually rose to the rank of major in the New Hampshire State Troops. Simpson retired to and was buried on his family farm, his body was later moved to the Old Center Cemetery in Deerfield.