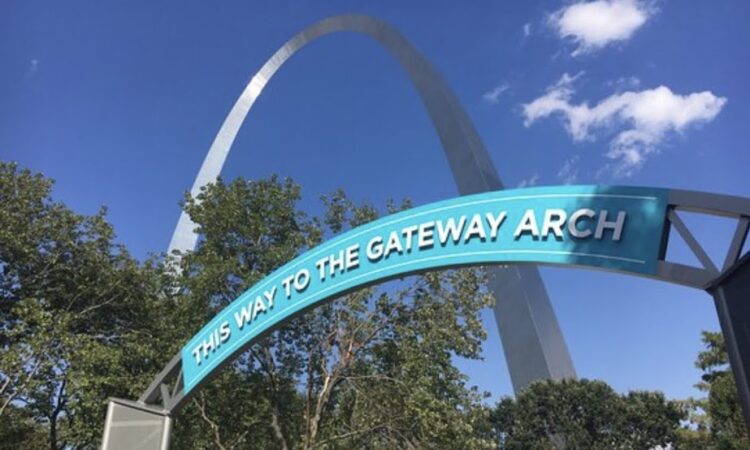 Gateway Arch National Park, formerly known as the Jefferson National Expansion Memorial until 2018, is located in St. Louis, Missouri, near the starting point of the Lewis and Clark Expedition. The Gateway Arch and its immediate surroundings were initially designated as a national memorial by executive order on December 21, 1935, and re-designated as a national park in 2018. The memorial was established to commemorate: the Louisiana Purchase, and the subsequent westward movement of American explorers and pioneers; the first civil government west of the Mississippi River; and the debate over slavery raised by the Dred Scott case.
The national park consists of the Gateway Arch, a steel catenary arch that has become the definitive icon of St. Louis; a 91-acre park along the Mississippi River on the site of the earliest buildings of the city; the Old Courthouse, a former state and federal courthouse where the Dred Scott case originated; and the 140,000 square foot museum at the Gateway Arch.

You can ride up to the top of the arch in pods.

You used to be able to go to a McDonalds restaurant on a barge docked on the Mississippi.