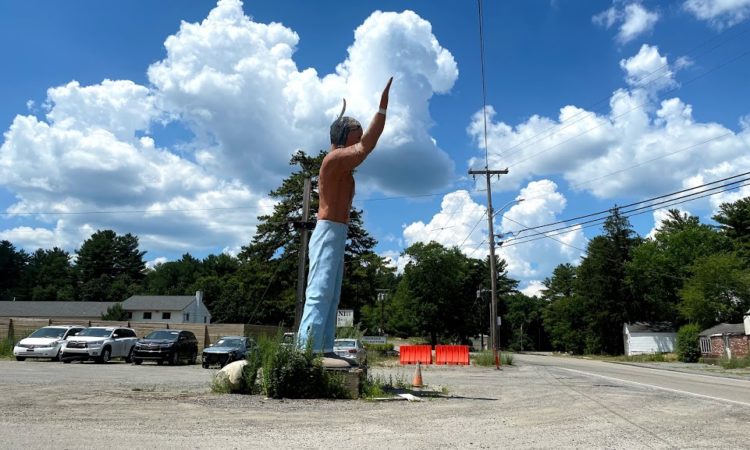 This bare chested Indian Muffler Man is located in front of a used car dealership in Shirley, Massachusetts. The muffler man stands outside Mohawk Motors, it was purchased in 1986 when Benson’s Wild Animal Farm closed and was in from of a nightclub previously. It is great seeing these muffler man type statues as there are not too many in New England. Muffler Men are molded fiberglass statues ranging from 18-25 feet tall and were used as roadside attractions mostly as advertising aides. International Fiberglass built the statues from 1963 to 1972 and in that time dozens of the roadside icons sprang up around the country. It wasn’t until the 1990s that Roadside America coined the term “muffler man.” The first muffler man was a statue of Paul Bunyan but by the time the company went out of business there were hundreds of the statues, about 20% of them no longer exist.