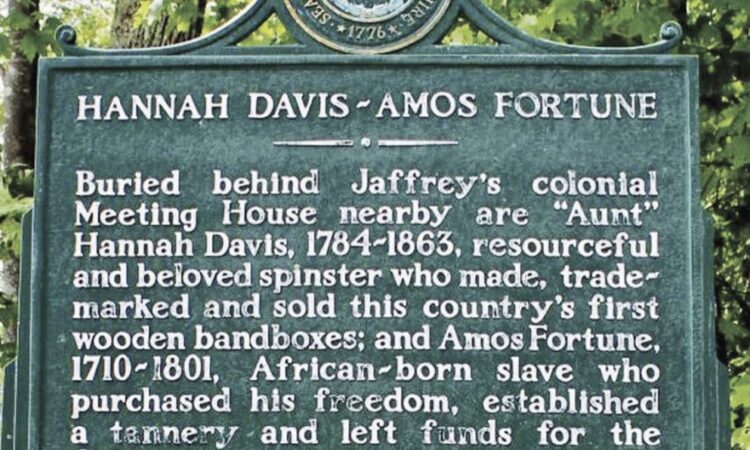 Two of Jaffrey, New Hampshire’s leading historical figures are commemorated on this historical marker. “Aunt” Hannah Davis sold small bandboxes which she made. They were small round or curved boxes constructed of wood veneer and nailed together. She covered the exterior with wallpaper and lined the inside with newspaper. The boxes were used to keep small keepsakes or as a hatbox. They are valuable sought after collector’s items today.

Amos Fortune was born in Africa and brought to America as a slave. He learned his trade as a tanner from his owner and bought his freedom at the age of 60. After obtaining his freedom he opened his own tannery business and became a very successful entrepreneur. Fortune donated money to Jaffrey schools and the church.