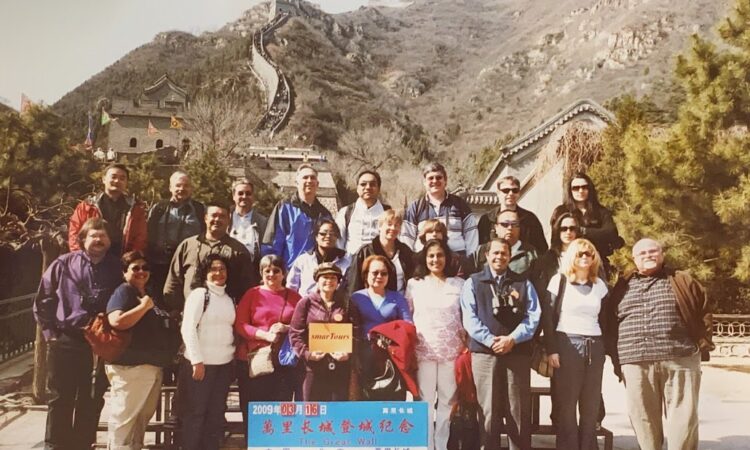 The Great Wall of China is the collective name of a series of fortification systems generally built across the historical northern borders of China to protect and consolidate territories of Chinese states and empires against various nomadic groups of the steppe and their polities. Several walls were being built from as early as the 7th century BC by ancient Chinese states; selective stretches were later joined together by Qin Shi Huang (220–206 BC), the first emperor of China. Little of the Qin wall remains. Later on, many successive dynasties have built and maintained multiple stretches of border walls. The most well-known sections of the wall were built by the Ming dynasty (1368–1644). The defensive characteristics of the Great Wall were enhanced by the construction of watch towers, troop barracks, garrison stations, signaling capabilities through the means of smoke or fire, and the fact that the path of the Great Wall also served as a transportation corridor.
Beijing is the best destination to admire the Great Wall of China. Most famous Beijing Great Wall sections are located in its suburban areas, including the well-preserved Badaling and Mutianyu, the renovated Juyonguan, Jinshanling and Simatai, and wild Jiankou and Gubeikou. They are all not far from downtown Beijing, 1-2 hours’ driving away.

If possible arrive early as the two pictures below demonstrate only a few hours can result in an enormous increase in visitors from nearby Beijing.

Bring sturdy shoes, if you hike just a few hundred meters from the parking lot the majority of visitors will be left behind you will have a more uninterrupted view. One caution over the centuries the stairs and steps have become tremendously uneven. One step may be a six inch rise and the next nearly a foot! Not so bad going up but on the way back down it can be quite jarring.