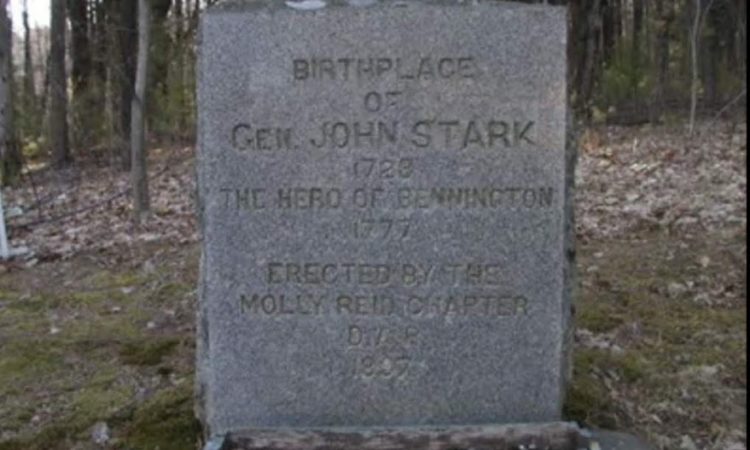 General John Stark was the George Washington of New Hampshire. The renowned general was born on this site in Derry on August 28, 1728. This is just one of several historic markers commemorating Stark in New Hampshire. In Charlestown there is a marker memorializing his march to the Battle of Bennington and in Manchester there is a marker on the site of his boyhood home where he grew up.

Stark served with Roger’s Rangers during the French and Indian War returning to Manchester after hostilities ceased. The Revolutionary War saw Stark return to the military. I addition to the Battle of Bennington Stark was in the following campaigns; Battle of Bunker Hill, Battle of Trenton and the Battle of Princeton. Stark lived to the age of 94 and was the last surviving Revolutionary War generals.