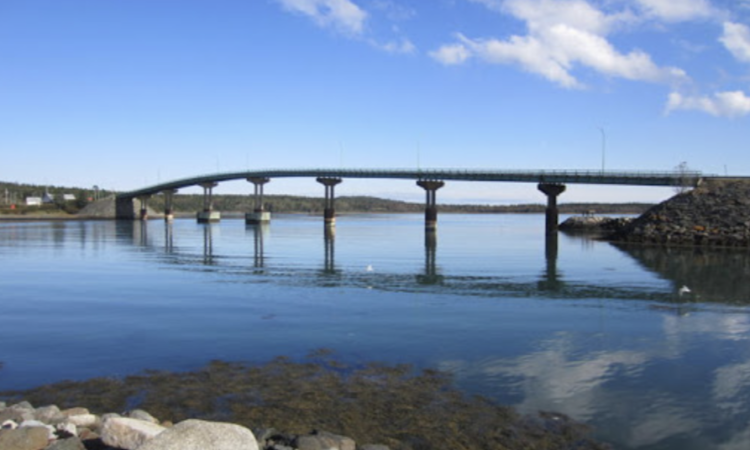 The Franklin Delano Roosevelt Bridge is an international bridge, which connects Maine State Route 189 in the community of Lubec, Maine in the United States with New Brunswick Route 774 on Campobello Island in the Canadian province of New Brunswick across the Lubec Narrows. The decked steel beam bridge is named for Franklin Delano Roosevelt, the 32nd President of the United States, who maintained a summer retreat on Campobello (now preserved as Roosevelt Campobello International Park). It is the island’s only road connection to the mainland of North America; all of the island’s transportation connections to the rest of New Brunswick are by ferry. The easternmost physical manifestation of the Canada–United States border, which the bridge spans, is a plaque in its middle.