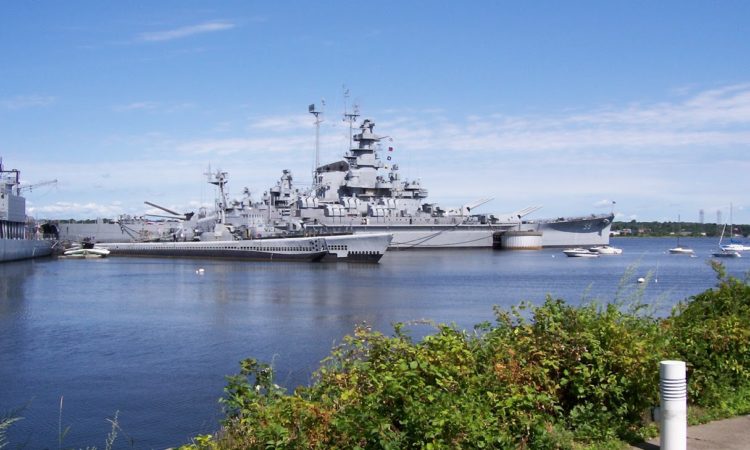 Battleship Cove in Fall River, Massachusetts is a collection of World War II era military naval vessels. There is an associated museum and Heritage state park.

The cove in addition to the museums has several vessels moored that can be visited and explored. The namesake vessel USS Massachusetts is a World War II era battleship that saw action in North Africa off the coast of Morocco and in the Pacific during several campaigns.

The USS Joseph Kennedy, Jr is a World War II destroyer and the USS Lionfish is a submarine. The national PT Boat Museum is also on site and there are two WWII era PT boats PT 617 and PT 796 which is similar to JFK’s famous PT 109. Another interesting addition is the East German Soviet built missile carrier the Hiddensee.

There is a spark plug lighthouse in the harbor and an antique carousel for the little ones.

This is easily a full day’s worth of exploration between the museums and the ships themselves. Fall River and the neighboring environs are great places for dinner after a long day on the ships. Try a Portuguese restaurant, there is a large ethnic population in the area.