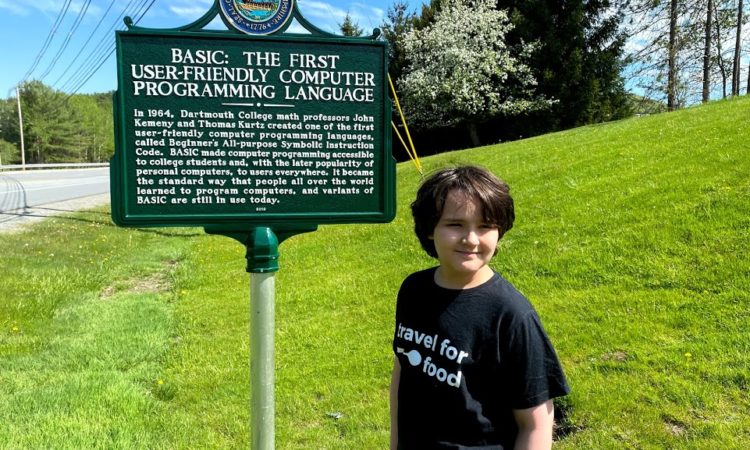 John Kemeny and Thomas Kurtz professors at Dartmouth College invented in 1964 the first user-friendly computer language BASIC. BASIC stands for Beginners All-Purpose Symbolic Instruction Code. With the advent of home computers in the 70s and 80s BASIC became even more important. BASIC became the standard way in which people everywhere learned to program computers. The historic marker is in Hanover, New Hampshire not far from the campus of Dartmouth. Rita was especially fond of this marker because one of her first jobs was teaching BASIC after she showed a proficiency in the subject.
https://photos.app.goo.gl/PSA1Mu24PXMQ4aK3A