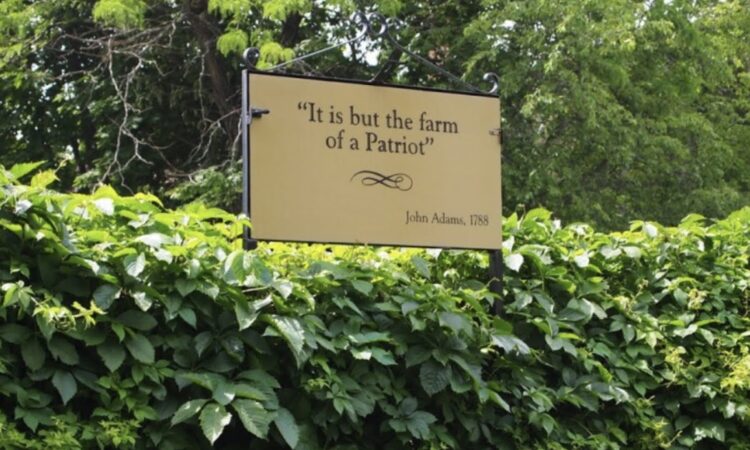 Adams National Historical Park, formerly Adams National Historic Site, in Quincy, Massachusetts, preserves the home of Presidents of the United States John Adams and John Quincy Adams, of U.S. Envoy to Great Britain, Charles Francis Adams, and of writers and historians Henry Adams and Brooks Adams. To learn more about this amazing family I suggest the wonderful PBS series “The Adams Chronicles“. The national historical park’s eleven buildings tell the story of five generations of the Adams family (from 1720 to 1927) including Presidents, First Ladies, envoys, historians, writers, and family members who supported and contributed to their success. In addition to Peacefield, home to four generations of the Adams family, the park’s main historic features include the John Adams Birthplace (October 30, 1735), the nearby John Quincy Adams Birthplace (July 11, 1767), and the Stone Library (built in 1870 to house the books of John Quincy Adams and believed to be the first presidential library), containing more than 14,000 historic volumes in 12 languages. There is an off-site Visitors Center less than a mile away. Regularly scheduled tours of the houses are offered in season (April 19 to November 10) by guided tour only, using a tourist trolley provided by the Park Service between sites.

Access to United First Parish Church, where the Adamses worshipped and are buried, is provided by the congregation, for which they ask a small donation. The church is across the street from the Visitors Center.